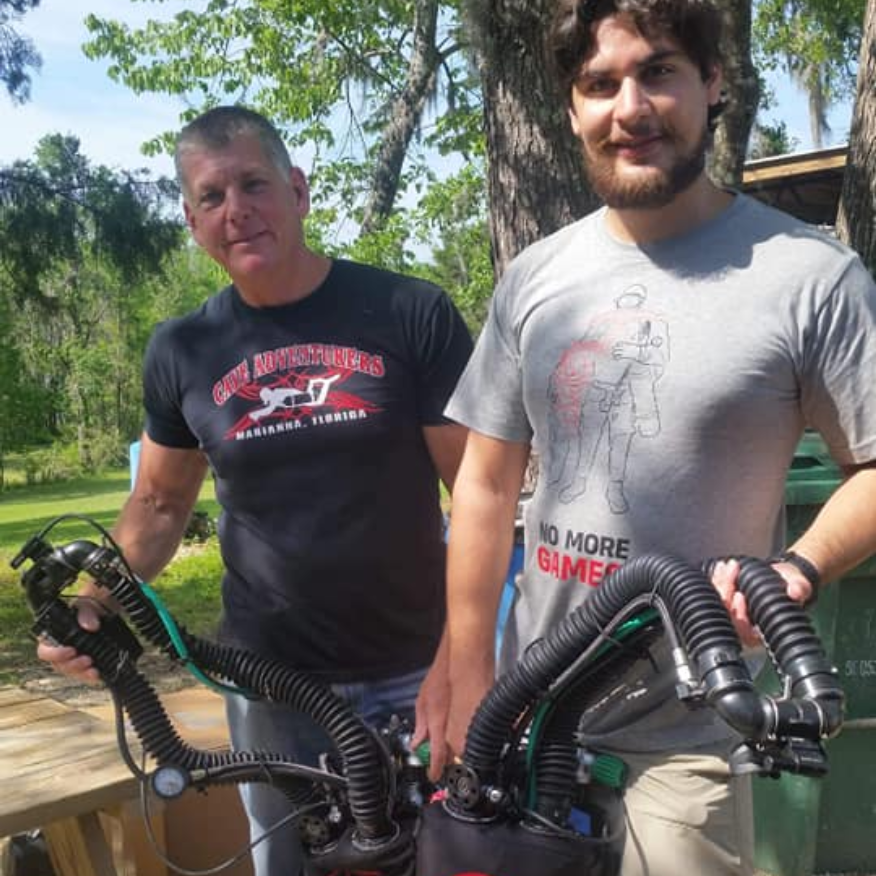 Welcome to another episode of DIVETALKS, in which Joe Bosquez has a chat with Edd Sorenson. Edd Sorenson has been instrumental in the cave diving community not only for cave rescues and recoveries but for innovating and fine-tuning "Sidemount Diving".

His diving career started back in 1995 in the Pacific Northwest. In 1999, he joined the International Underwater Cave Rescue and Recovery (IUCRR) as one of the founding members. In 2003, he founded Cave Adventurers. Edd became a local hero in 2012 when he successfully rescued four people in three different rescues at Merritt's Millpond in Jackson County, Florida. Edd is now the Safety Director for the NSS-CDS and was awarded the Life Saving Award in 2013. At the 2019 NSS-CDS International Conference, Edd received the Lifetime Achievement Award. Additionally, the NSS-CDS named an award after him, the "Edd Sorenson Life Saving Award".

Edd begins with his early diving experience and how he got into cave diving, about the IUCRR group and the purpose behind it. He then shares tales of the recovery and incredible rescue stories that he performed over the years, including the most recent rescue of Josh Bratchley. Together, Joe and Edd watch the video of this rescue and comment on challenges, such as the NO-dive plan and unknown environments, of these incredibly demanding operations.

Later in the chat, Edd also talks about the gear and his involvement in innovating sidemount diving equipment. Edd looks back on his "First Open Water Dive" Sidemount course and his participation in Liberty CCR development. He also explains how cave diving with the Liberty sidemount gives him more freedom and why he dives with a Liberty dual rebreather setup. He also points out some challenges and benefits of this particular configuration. Joe and Edd finish off by talking about innovation in technical diving and the diving community. In the end, they both agree that in the world of technical diving, even if there is some sort of competition, they all dive together as friends.